Every animal and plant species counts

World Wildlife Day: The International Climate Initiative shares on projects that link species conservation and climate protection to mark it.

Species diversity is a prerequisite for food security and quality of life for mankind. Every year on 3 March, the World Wildlife Day highlights on the vital interconnectivity of nature and draws attention to the consequences of the rapid and increasing loss of species.

Human beings are at fault: High species losses in the Anthropocene epoch

There are only a few Northern White rhinos left, more elephants are being poached, while the lions are threatened with extinction, as are more than a third of our marine mammals. These examples show a clear trend: species loss is now ten to a hundred times faster than the average in the past ten million years. This applies not only to mammals, but also to other animal groups such as insects, amphibians as well as numerous plant species. The main causes here are human activities such as land development, agriculture, the intensive use of natural resources and other activities that restrict animal and plant habitats.

The World Biodiversity Council  attributes the threat of losing up to one million species to man. This is on average 25% of the species in most animal and plant groups. Mankind has thus indicated a new geological age with its activities, an epoch which has been marked by serious species loss and an enormous increase to the threat to species: the Anthropocene Epoch. 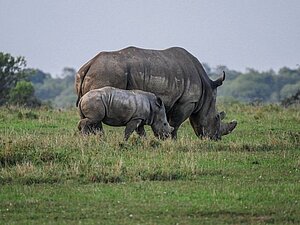 The general public in Germany became more aware of the loss of biodiversity with the 2017 publication of the Krefeld Study. This study made the extent of insect mortality in Germany clear, showing an insect biomass loss of more than 75% for some areas. In 2018, an overview study by the University of Sydney also shows that insect mortality is a serious global issue. It summarises the results of regional investigations depicting the declining populations of 41% of insect species, a third of them threatened with extinction. Many pollinator species vital for productive agriculture and consequently for securing world food supplies are also affected. Thus, the increasing loss of insects shows that humans also depend on biological diversity.

For example, Arctic ecosystems are particularly hard hit by climate change. These changes have a direct impact on the diverse rare species that live in this region, ranging from polar bears and migratory birds to plants and insects. The project "Conservation of Biodiversity in the Northern Regions of Russia" is developing together with local partners a network of protected areas that addresses the consequences of climate change and the industrial development of the region. For example, they document climate change-driven alterations in the migration behaviour of individual species such as the wild reindeer. Protected areas are planned and established to correspond with the habitats of the endangered species arising

In the karst region between Laos and Vietnam, the "Biodiversity Conversation in the Central Annamites through Ecosystem Protection and Land Management project" focuses on improving the control of the illegal wildlife trade, identifying incentives for biodiversity conservation and implementing measures to reduce the illegal timber trade. In doing so, they directly address the factors that threaten biodiversity in one of the largest, interconnected, natural forest complexes in Central Asia. 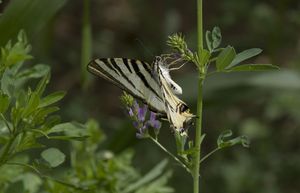 Another IKI project "Conservation of pollinator diversity for enhanced climate change resilience" focuses directly on threatened pollinating species, such as bees and butterflies in Morocco. Through the project, the “Agriculture with wild pollinators” approach is being introduced. Here the gain in income achieved by improving the living conditions for pollinators is measured and the extra income serves as an incentive for farmers and political leaders to protect pollinators.

These projects show that linking species protection and climate protection is an integral part of IKI’s successful work – because everything in nature is interconnected.

Why are farmers in Morocco becoming insect guardians?

International Day of No Pesticide Use