No life without diversity!

The destruction of biodiversity and ecosystems threatens our well-being at least as much as human-induced climate change!

Nature, with its biological diversity of ecosystems, animal and plant species and of course the gene pool is the basis of all life on our planet Earth. The interaction of plants, animals and microorganisms with the atmosphere, air, water, rock and soil is a prerequisite for the diverse ecosystem services that sustain life and from which we human beings also benefit. In the face of numerous threats, in particular the intensive use of resources, environmental pollution and global climate change, the protection of biological diversity all over the world is one of the most urgent and important tasks now. We have arrived at a point where human-induced ecosystem degradation is further exacerbated by global climate change and vice versa: The loss of biodiversity reduces the resilience and adaptation capacities of ecosystems to climate change and can lead to the functional loss of forests and coral reefs as carbon stores, for example – and such losses also accelerate climate change. The effects of climate change, such as periods of drought, heavy rain and floods can disrupt the equilibrium of weakened ecosystems, causing them to lose their ecosystem functions – a deadly cycle of events. 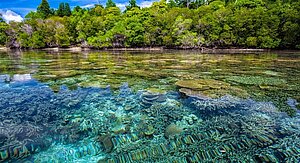 International Day for Biodiversity on 22 May

Since 2001, the 22nd of May has been celebrated as International Biodiversity Day. It is a reminder of the same date in 1992, when the text of the Convention on Biological Diversity (CBD) was formally adopted. This day of action was preceded in 2019 by a meeting of the World Biodiversity Council (IPBES – Intergovernmental Science-Policy Platform on Biodiversity and Ecosystem Services) from 29 April to 4 May in Paris, as a result of which a current report on the state of nature was published. The findings of a three-year study carried out by 150 experts from 50 countries and summarised in this report are shocking: The destruction of biodiversity and ecosystems has attained a level that threatens our well-being at least as much as human-induced climate change. Man is responsible for the loss of one million animal and plant species on Earth!

What is Germany’s Environment Ministry doing to preserve biological diversity?

As part of its International Climate Initiative (IKI), the Federal Environment Ministry (BMU) is particularly committed to the protection of biological diversity, promoting projects that work at the interface between the protection of biological diversity and climate protection in developing and transition countries all over the world. The project activities are focused on combating the causes of the decline in biodiversity and to conserve, restore and sustainably use nature reserves and ecosystems in order to safeguard all ecosystem services in the long term, i.e. nature’s “services” for man. Since 2008, the BMU has supported over 250 biodiversity-relevant projects with a total funding volume of more than EUR 850 million that were or are still active in various thematic areas.

In climate policy, for example, it is more important than ever to address the fact that biodiversity and climate are closely linked with one another. The national climate protection plans which formulate the contributions to climate protection (Nationally Determined Contributions - NDCs) – the core of the Paris Agreement – are not only mitigation targets for climate-damaging emissions, but also necessary adaptation services and targets for the restoration of ecosystems. Due to their importance, the implementation of NDCs is a top priority for the IKI. This is clearly relected in the recent IKI selection procedures, that explicitely call for activities in support of and in numerous IKI projects' involvement in the implementation of countries' NDCs. The political link between climate protection and biodiversity conservation must be significantly strengthened in the future, in order to create solutions for the future well-being of global mankind. 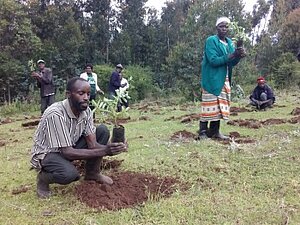 Biodiversity and forest protection also go hand-in-hand in Forest Landscape Restoration (FLR) projects, such as the IKI project, “Conservation of biodiversity, natural resources and climate protection by sustainable agriculture and forestry at Cyamudongo forest”. On the one hand, the protection of original forest areas contributes to the preservation of the biological diversity that exists there, and on the other, the creation of biodiverse and near-natural ecosystems increases the resilience of the restored areas. Negative impacts, also in the context of changing climate conditions, e.g. due to extreme drought or pest infestation, are better cushioned by greater biological and genetic diversity. The storage capacity of carbon in species-rich, near-natural forests is also significantly higher and this makes an essential contribution to climate protection. 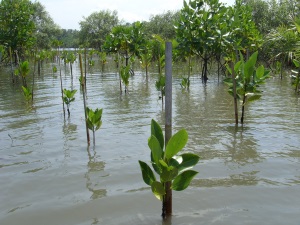 Biodiversity is also a key success factor in projects that promote ecosystem-based adaptation (EbA) to climate change. The conservation or restoration of coastal ecosystems is thus an effective adaptation measure for natural coastal protection, as can be seen in the IKI project, “Ecosystem-based adaptation (Eba) in the North Central coast of Vietnam: restoration and co-management of degraded dunes and mangroves”. In the case of increasing extreme weather events, such as heavy rainfall and storms, adapted ecosystems with the highest possible species diversity are also significantly more resilient. These systems thus provide long-term protection against erosion and degradation and mitigate disaster risks, such as in the IKI project, “Scaling up mountain ecosystem-based adaptation”. 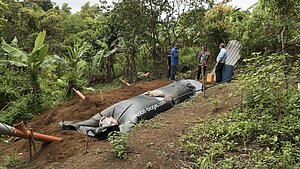 Similarly, IKI biodiversity protection is also taken into account in the energy sector. On the one hand, this is necessary because the extraction of fossil energies is associated with the destruction of ecosystems and the loss of ecosystem services for the local population – and on the other, renewable raw materials for the production of energy from biodiverse systems have significantly higher biomass in the long term and are therefore also more economical, as can be seen in the project, “Cultivation of energy plants on set-aside mining sites in Vietnam”. 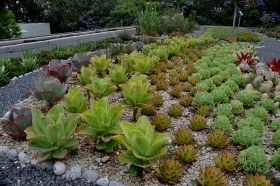 In climate-friendly urban development, the issue of biodiversity is more important than ever in order to create ecosystem services in the areas of recreation, food and air quality for urban dwellers, especially when we realise that in future two thirds of humanity will be living in cities. As shown in the project “INTERACT-Bio: Integrated regional action for biodiversity”, cities can continue to perform the function of a bio-corridor, i.e. a link between fragmented ecosystems. Cities do not have to become lifeless concrete deserts if urban planning makes biodiversity possible by creating green zones or if existing green zones and typical urban species are protected by approaches such as ‘urban gardening’.

Biodiversity and its ecosystem services also form the basis of our economy. Companies are increasingly realising that the collection, evaluation and improved management of their natural capital is economically rewarding. In this way they can identify environmental risks, plan more for the long-term, make better decisions and launch more targeted sustainability initiatives. Mobilising the private sector to invest in sustainable production methods and to produce in a more biodiversity-friendly manner is of crucial importance for the sustainable protection of biodiversity. In Brazil, BMU is supporting the government and private sector with the integration of the socio-economic and cultural value of ecosystems into their planning processes and investment decisions as part of a bilateral IKI project, “Protecting biodiversity by integrating ecosystem services into public programmes and business – TEEB”. 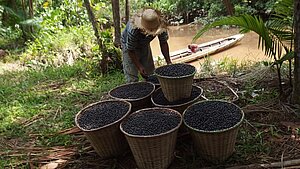 The IKI is thus committed to preserving biological diversity at local, regional and global levels and in various thematic areas. The IKI project, “Scaling-up biodiversity communication for achieving Aichi target 1” sets out to raise people’s awareness of the importance of biodiversity via information and communication activites. Only in this way can sustainable approaches to action and globally-effective solutions be created for which each and every one of us shares responsibility.

COP23: City planners in Brazil discover the value of nature

The sweet taste of a Brazilian super berry

City planners in Brazil discover the value of nature

How cities are protecting and making use of their natural resources

5 reasons why wildlife conservation has no alternative

"Governments and the finance sector are the key"

Intact ecosystems vital to prevent the spread of pandemics

Interview: Saving the world one mountain village at a time