Humankind must change the way it treats nature. The United Nations' annual "Day of Conscience" provides an occasion for reflection.

The UN General Assembly invites us to commemorate the annual ‘International Day of Conscience’ on 5 April by promoting a culture of peace with love and conscience. The invitation goes out to the UN member states, organisations within the UN system, international and national organisations, the private sector and civil society, as well as NGOs and us as individuals. Peace, as UNESCO established over 50 years ago, must be based on moral solidarity in order to have a lasting impact.

In the context of action to protect biodiversity, nature, the environment and the climate, this call to promote a culture of peace also calls us on to contemplate making peace with nature. Living conscientiously and at peace with nature must mean that, whether locally, regionally or globally, we need to establish human-nature relationships so that neither the health of our planet nor humans’ natural surroundings and livelihoods suffer permanent damage from human lifestyles and interventions in ecosystems.

In short: sustainability and future viability should guide the actions we take as societies, while political and economic policymaking should prioritise our planet’s carrying capacity.

Yet in 2021, humankind finds itself in the midst of a planetary emergency. Four of the nine ‘planetary boundaries’, which mark the robustness of core natural systems and processes, are now exceeded – some by a wide margin: loss of biodiversity, global climate change, nutrient input and other anthropogenic changes to natural ecosystems are stretching the Earth’s resilience beyond breaking point. In some regions, freshwater consumption is also exceeding the natural regenerative capabilities of the water cycle. Ecosystem tipping points have been passed in many places. Accordingly, we must urgently make our peace with nature – which means living our lives within planetary boundaries. Yet how can this even be possible as the world’s population is predicted to grow to ten billion humans by 2050, accompanied by a growing need for energy and natural resources?

Projects run by International Climate Initiative (IKI) are located within the context of the two planetary boundaries of climate change and species loss. These projects focus in particular on the interactions between global heating, species extinction and genetic diversity as well as the degradation of ecosystems. Working with local partners in policymaking and civil society, IKI projects implement initiatives and measures that utilise synergetic effects to transform climate change mitigation into biodiversity conservation – and vice versa. 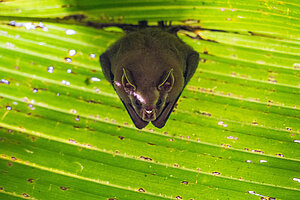 Forest protection offers perhaps the clearest example of the synergy effects from biodiversity conservation, climate change mitigation and sustainable use in the context of ecosystem carrying capacity and resilience: healthy, biodiverse forests act as carbon sinks while offering an income for the local population. The ‘Bonn Challenge’ organised by the Federal Environment Ministry (BMU) and IUCN, and also supported by the project ‘Catalysing private sector commitment to implement the Bonn Challenge – a platform for success’, aims to restore 350 million hectares of degraded and deforested landscapes by 2030. This not only works to preserve carbon sinks but also supports the conservation of biodiversity as well as its sustainable use.

The IKI project ‘Conservation of biodiversity, seagrass ecosystems and their services’  is working to preserve dugong habitats, which have become endangered as a result of coastal development, fishing and boating, environmental pollution and climate change. The project is gathering data so as to identify key seagrass areas, and working with communities and decision-makers to develop seagrass protection policies. The project is also introducing alternative business models with the aim of improving livelihoods and providing funds for seagrass protection.

By 2050, it is estimated that 75 per cent of humankind will be urbanised, living in urban mega-regions with gigantic metropolises. Energy and resource consumption will continue to rise, and disproportionately to the growing global population. Projects that focus on renewable energy, electrified transport or hydrogen as well as on the area of urban-rural regional development (urban-rural interface) develop pathways and opportunities for action that facilitate the implementation of SDG 8, namely Promote sustained, inclusive and sustainable economic growth, full and productive employment and decent work for all.

The IKI project ‘Biodiver_City San José – Establishment of Interurban Biocorridors’ provides support to San José in Costa Rica for creating biocorridors with the aim of maintaining biodiversity here and implementing urban planning based on ecosystems. The IKI project ‘Sustainable Mobility in East Africa: sustainable urban transport’ tackles the rapid growth of African cities and the associated traffic congestion and urban sprawl created by this trend. The aim is to reduce rising greenhouse gas emissions, atmospheric pollution, urban poverty and exposure to climate change impacts by promoting public and electrified transport as well as urban planning in the target countries. In Nairobi, Kigali and Kampala, the project is working to set up high-quality public transport systems, and existing rapid bus transit systems are being expanded in Dar es Salaam. Integration between public transport and cycle/pedestrian traffic is being improved, with attention also paid to urban development along traffic corridors. 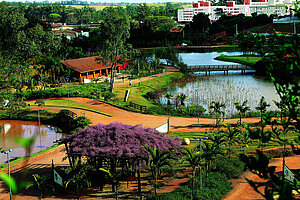 The IKI project ‘Integration of renewable energies into the Indian power system, I-RE’ is consolidating and expanding solar power generation in India. Although ambitious goals have been set, the expansion of renewables in India still lags behind the country’s own expectations. By focusing on decentralised photovoltaic (PV) installations – and rooftop systems in particular – the project unites climate and energy policy, especially within urban development. Together with pilot cities in India’s Smart Cities programme, the project is drawing up and implementing recommendations for supporting the expansion of rooftop PV systems.

The technical and financial feasibility of manufacturing synthetic fuels based on renewables (Power-to-X) – alongside strategies for their sustainable use – in BMU partner countries is the focus of the IKI project ‘Enabling Long-Term Decarbonisation Pathways through PtX (PtX Pathways)’. These Power-to-X activities must also function as part of the SDGs, the nationally determined contributions (NDCs) in the partner countries and the decarbonisation target set in the Paris Agreement. The long-term goal is to establish a pilot facility as a proof of concept.

The ‘War against Nature’ has to stop

In 2020, UN Secretary-General Antonio Guterres declared a planetary emergency. This marks the most recent attempt to commit the global community to tackling the urgent socioeconomic transformation needed towards sustainable lifestyles and economic models. The worldwide Covid-19 pandemic is not a natural disaster but can also be traced back to the human interventions in flora and fauna habitats that have weakened the resilience of these ecosystems.

“Humanity is waging war on nature. This is suicidal,” said Guterres in December 2020. The SDGs and Agenda 2030, Transform our world, provide targets and orientation for sustainable development on a global scale and for making peace with nature: they point the way towards the future-oriented and socially equitable lifestyles and economic models that maintain the Earth’s ecological carrying capacity, living in peace with nature to maintain the five global commons of biodiversity, climate, water, land and oceans.

Integration of Renewable Energies into the Indian Electricity System (I-RE)

Conservation of biodiversity, seagrass ecosystems and their services – safeguarding food security and resilience in vulnerable coastal communities in a changing climate

Shifting the paradigm in infrastructure investments in East Africa

Sharing success stories to create the desire for change