Adaptation and mitigation need to be linked to raise climate ambition and progress on the development agenda.

Silo-mentality is a mindset of the past. This is especially true for climate strategies, as a virtual IKI Brown Bag Lunch (IKI BBL) on 12 February showed. The virtual event titled “The power of the holistic approach: Linking adaptation and mitigation in Long-term climate strategies“ marked a starting point for a vital discussion on the adaptation-mitigation nexus and its importance for fostering sustainable development in IKI partner countries through Long-term climate strategies (LTS). The IKI BBL is part of a series of project presentation events organized by the IKI Secretariat, the Zukunft – Umwelt – Gesellschaft (ZUG) GmbH. An online survey on existing knowledge and experience among the participants has been conducted to inform a follow-up documentation as a basis for further discussion.

Increasingly, researchers, policy makers and practitioners are acknowledging that climate mitigation and adaptation need to be understood and tackled with an integrated approach, not separately. A recent OECD publication underscores the timeliness of the topic. The OECD Environment Policy Paper emphasizes that OECD members and partner countries widely recognize the importance of linking adaptation and mitigation, even more so in the context of ongoing discussions on designing green recovery measures in response to the COVID-19 pandemic. Catherine Gamper, who is leading the OECD Task Force on Climate Change Adaptation, presented the results of the report in the opening session of the BBL. She pointed out, that synergy tradeoffs have been identified, for example, between two policy agendas such as in agriculture or urban planning, where downstream hydropower dams are built to generate carbon-free energy. Now instruments are needed to operationalize the integrated approach effectively into strategic planning. 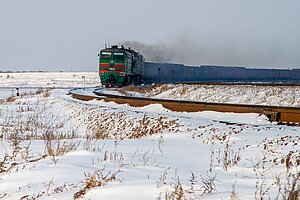 Florian Eickhold, senior consultant at Factor, introduced a new narrative for integrated climate action as well as practical instruments for its implementation. His message was clear: the holistic approach is critical for the achievement of the goals of the Paris Agreement as well as of the 2030 Agenda in IKI partner countries. He introduced a “high-level” and a more specific “expert” tool for informing coordinated adaptation and mitigation LTS elaboration processes and advocated for “multi-benefit strategies”. This represents a paradigm shift against the common idea of rather accidentally occurring adaptation “co-benefits” to a mitigation focused strategy. In contrast, “multiple benefits” are consciously identified upstream in the planning process, taking into account mitigation, adaptation and socio-economic development goals from the outset, and thus will contribute more effectively to the achievement of the sustainable development goals.

Sebastian Homm, advisor at the IKI project “Policy Advice for Climate Resilient Economic Development (CRED)” implemented by the Gesellschaft für Internationale Zusammenarbeit (GIZ), described the function of a LTS as the future “business model” for a country. Including adaptation as well as mitigation in it, will help building a viable foundation for raising climate ambition and progressing on the overarching development agenda. Homm presented integrated economic modelling as a forceful tool for creating LTS with a multiple benefit perspective. Scenarios of mitigation and adaptation should be applied to the same economic model for enabling informed decisions of policymakers.

A practical example complemented the theoretical reflections at the BBL. The IKI GIZ projects “Support of Green Economy in Kazakhstan and Central Asia for a Low Carbon Economic Development (GE Kazakhstan)“ and CRED jointly pioneered in linking mitigation and adaptation in the elaboration of Kazakhstan’s Low-Emission Development Strategy (LEDS). The projects showcased how, by combining macroeconomic with climate impact and GHG emission models, synergies can be fostered and trade-offs harnessed. In March 2021, the economic modelling of adaptation and mitigation scenarios in the finalization of Kazakhstan’s LTS and thus enable a multi-benefit approach.

Dana Yermolyonok, advisor at the Kazakhstan project, highlighted the importance of further developing the tools for integrating adaptation and mitigation in strategic planning processes. She also pointed out the need to clearly communicate the new holistic approach for climate action. Even if it seemingly adds another layer of complexity to an already complex field, it is the only way forward – to embark on a sustainable path of development. 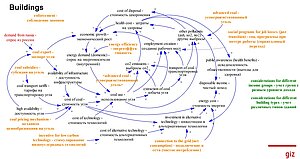 Support Project for the Implementation of the Paris Agreement (SPA)

Presentation: The power of the holistic approach - Linking adaptation and mitigation in Long-term climate strategies

A network for transformative climate action

Transparency as the backbone of ambitious climate action

Briefings for a green economic recovery